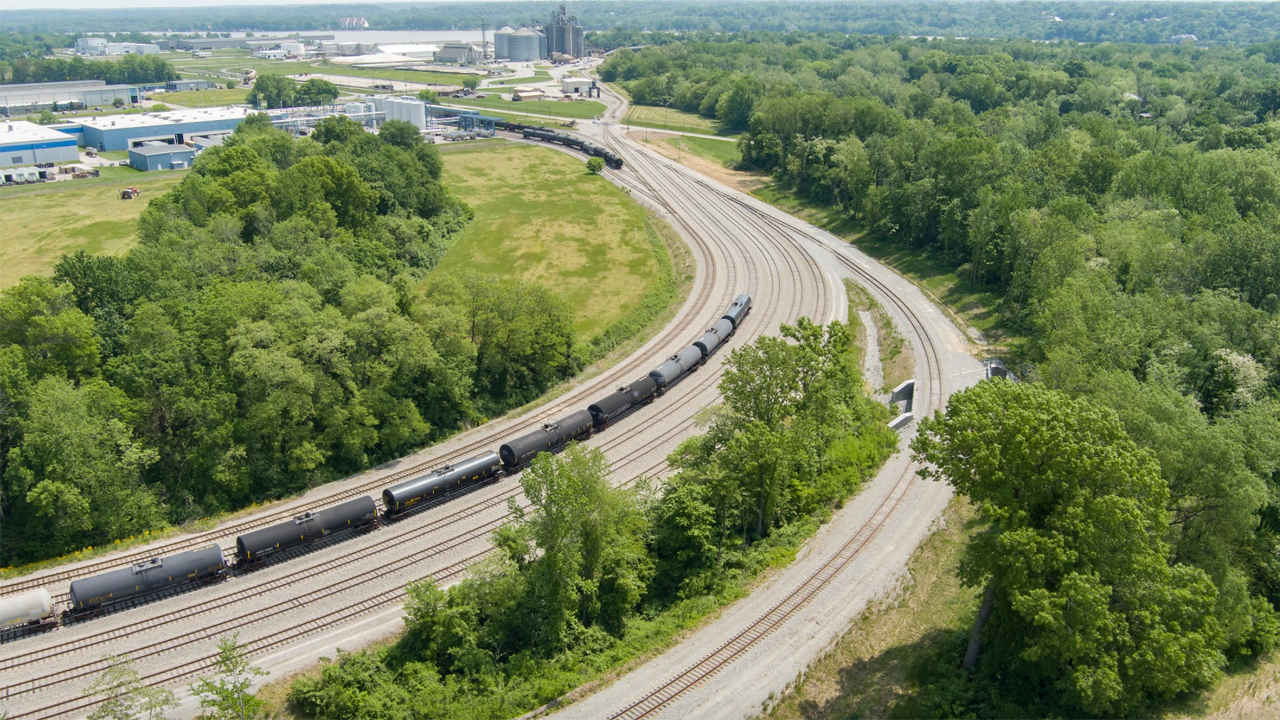 The Port of Los Angeles (Calif.) is allocating $34.3 million to Pier 400 Corridor Storage Track Expansion in its FY2022-23 budget. Also, the Ports of Indiana-Jeffersonville (Ind.) added four miles to its existing 11-mile rail network along with two loop tracks as part of a $24 million investment in capacity improvement projects.

The Los Angeles Board of Harbor Commissioners has adopted a $1.9 billion FY22-23 budget for the Port of Los Angeles. The budget is based on cargo volume estimates of approximately 9.85 million TEUs (twenty-foot-equivalent units) as “pandemic-induced consumer buying [is] expected to ease in the coming fiscal year,” the Port reported June 8.

• $34.3 million for Pier 400 Corridor Storage Track Expansion. To accommodate future rail volumes on Terminal Island, the project includes an extension to the existing rail bridge; five new rail storage tracks, totaling more than 31,000 linear feet, which will be added to the current six tracks; an asphalt access roadway; new crossovers and switches; and modifications to the existing compressed air system of the Pier 400 rail storage yard and bridge. Work also includes the relocation of a portion of the Pier 400 lead track onto Port property, realignment of the track connection to the existing rail storage yard, modifications to Reeves Avenue, and relocation of the existing at-grade crossing at Nimitz Avenue to Reeves Avenue. Total cost is estimated at $61.4 million. The Port in 2018 received a $21.6 million grant from the State Road Repair and Accountability Act of 2017 (Senate Bill 1)-Trade Corridor Enhancement Program (TCEP) for the project.

• $17.4 million for improvements at the Shell and PBF marine oil terminals.

• $38.4 million for LA Waterfront improvements, of which $25.3 million will go to the Wilmington Waterfront Promenade project.

Among the environmental programs in the FY22/23 budget:

• The Clean Truck Program, which will “use fees collected to promote and incentivize the phase-out of older, more polluting trucks serving the San Pedro Bay port complex.”

• Near-zero and zero-emission technology demonstration projects. The Port is currently either leading or participating in 16 regional projects to demonstrate low NOx and zero-emissions trucks, yard tractors, forklifts and other equipment.

“Despite challenges across the supply chain, the Port of Los Angeles and its many partners persevered and have kept cargo moving at a record pace,” Harbor Commission President Jaime Lee said. “This success and hard work now allows us to reinvest in our Port’s physical and digital infrastructure, sustainable technology and programs, and in projects that benefit our communities and the LA Waterfront.”

The Ports of Indiana-Jeffersonville—which handles Ohio River shipments of steel, agriculture and industrial cargo and provides more than 1,000 acres of industrial sites—has completed $24 million in infrastructure enhancement projects that have resulted in:

• Four miles of additional track to accommodate unit train delivery to and from the port, along with two new rail loops connected with the waterfront intermodal facility.

• The accommodation of 200 railcars in the rail yard.

• More than doubling the capacity of bulk commodities transferred from railcars or trucks to barges at the waterfront intermodal facility.

• A new conveyor belt running more than 2,000 tons per hour or one railcar to barge in fewer than three minutes.

• A three-acre transload facility that allows cargo to be transferred between trucks and railcars.