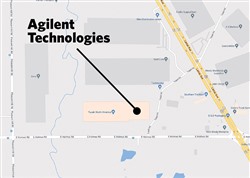 Details: The EDGE board approved four expansion possibilities for Technicolor Videocassette of Name Search
Watch Service">Michigan Inc., a division of France-based Technicolor SA that would retain 158 to 900 full-time positions in Memphis with an average annual salary of $45,675.

In an unusual twist, Technicolor will have until March 30 to notify EDGE officials which of the four scenarios they are choosing to base their PILOT award on.

Officials hope that the tax incentive package will shift the balance back to Shelby County, as Technicolor is also considering moving all or part of its local operations to locations in Fayette County; LaVergne, Tennessee; or Huntsville, Alabama.

The first scenario, which is the most lucrative, is a 15-year Expansion PILOT that would retain 916 jobs averaging $46,085 a year and result in $14 million of capital investment. The fourth scenario, which is the smallest, is a 10-year PILOT that would retain 158 jobs averaging $44,494 and result in $4.2 million in capital investment.

Meanwhile, scenarios two and three are both 15-year PILOTs that would retain 702 and 391 jobs, respectively, and result in capital investments ranging from $7 million to $10.7 million.

Mandatory local business participation ranges from $754,328 for the smallest PILOT to $5.5 million for the largest.

The 50,000-square-foot distribution center was the result of a collaboration with the Mississippi Development Authority, according to Henry Schein Animal Health North America president Fran Dirksmeier.

“It will greatly enhance our ability to fulfill our mission to provide the best customer experience possible,” Dirksmeier said in a release announcing the deal. “Henry Schein Animal Health is committed to being the total solutions provider for veterinary professionals, and we look forward to counting ourselves as proud members of the Southaven business community.”

The facility will result in 27 new jobs.

“We are proud that a company of this stature in the veterinarian supplies field would choose Southaven and DeSoto County for their newest distribution facility,” DeSoto County Economic Development Council president and CEO Name Search
Watch Service">Jim Flanagan said.

Details: The owner of the former Benchmark Hotel at Union Avenue and South B.B. King Boulevard appears ready to move forward on the redevelopment of the partially gutted five-story hotel.

The application comes three months after signage went up along the hotel’s exterior stating the property would be redeveloped as a Fairfield Inn & Suites by Marriott, with a scheduled opening in 2019. The signage lists Cleveland Construction as the contractor and Pinnacle South as the project’s financier.

The hotel, which closed in 2011, is situated on half an acre on the north side of Union west of South B.B. King. The Shelby County Assessor appraised it at $1.4 million this year.