When was the last time you went on a repair parts treasure hunt? Probably not a lot of fun. Especially with operations people asking incessantly when that essential equipment would be back up and running.

And your reply was what exactly? “The spreadsheet shows we have the parts. Someplace.” Really?

As Jeff Pomerantz puts it, “the frontline is the sharp end of the stick.” And as vice president and co-founder of Tofino Software, he’s long been an advocate of computerized maintenance management systems (CMMS). “There’s not a whole lot of grey to CMMS. Its value is very black and white,” he says.

Brett Webster, director of product management for control tower software at Dematic, goes even further. “Everyone understands they need a CMMS. And many are using it. But very few are taking full advantage of the software.” Which is a kind way of saying CMMS may be an underutilized resource. But several indications suggest that is changing. 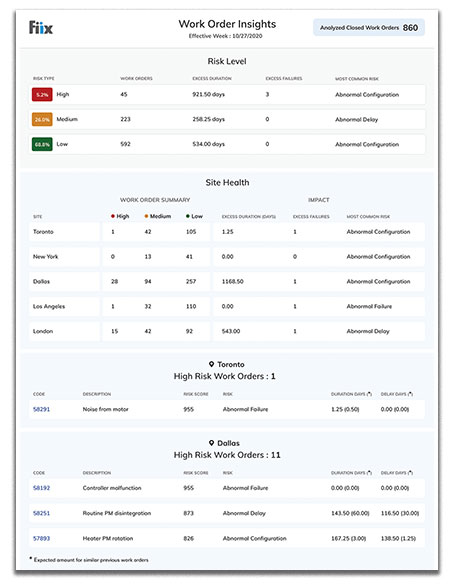 While managing work orders is central to CMMS’ mission, the software also organizes and coordinates activities across multiple company sites.

Fortunately, several forces are advancing CMMS in the first place.

To begin, large, global companies are increasingly using the software across facilities in multiple countries to unify their maintenance practices and maximize efficiencies. In many of these cases, CMMS is being incorporated into enterprise resource planning (ERP) systems as well as enterprise asset management (EAM) software.

More regional companies are continuing to expand their initial forays into CMMS, moving away from spreadsheets and other tracking methods with limited capabilities. Meanwhile, smaller companies are more often taking first looks at CMMS and how the software can improve their maintenance parts management.

“There are definitely different levels in the maturity of how companies use CMMS,” says Meraj Imani, director of product management at Fiix by Rockwell Automation. “The companies with a more mature approach want at least incremental gains in the standardization and efficiency of their maintenance operations. The companies less mature want increased visibility into their maintenance operations,” he explains.

But regardless of a company’s maturity, all gain several benefits from CMMS. These include standardized and documented processes and procedures as well as uniform repair parts management. These inevitably lead to less equipment downtime due to unnecessarily extended repair cycles. “And downtime is a big, big problem everywhere,” says Imani.

Just as valuable is CMMS’ ability to do more than just manage maintenance work orders, explains Michael Jones, implementation and support software product manager at Dematic. “The No. 1 use of CMMS is to manage equipment assets and ensure that maintenance meets KPIs, especially parts spend,” Jones continues. And along the way, it also aids safety and reliability.

Which naturally lends itself to one other major gain, adds Jones. He says CMMS brings operations and maintenance much closer together. CMMS actually helps to integrate the two.

Or as Pomerantz of Tofino says, “optimally, a CMMS is deeply embedded in a company’s operations.”

Many companies are now focusing their capital expenditures on technology such as CMMS rather than equipment, says Mark Humphlett, senior director of marketing industry strategy at Infor.

He goes on to say several forces are at work here.

One is an understanding that CMMS, in particular, provides more information and insights into equipment usage than just throughput. This, in turn, allows companies to better use their assets, says Humphlett. “That’s especially important with all the pressure on attracting and retaining labor right now. If the labor isn’t there to deliver more, then equipment assets have to be that much more productive if a company is to grow,” continues Humphlett.

At the same time, Covid happened. And while it may not be obvious that a link exists between the disease and CMMS, experts see at least a couple.

First is the general labor issue just mentioned. More specifically, says Imani of Fiix by Rockwell Automation, retiring techs are not necessarily being replaced as they decide to call it quits after Covid. “They could listen to the machines and know what to do. With that knowledge gone, CMMS provides many of the insights otherwise lost,” adds Imani.

Pomerantz points out that supply chain shortages have increased the imperative to have the right parts on hand when needed especially as companies tend to run leaner than ever. He adds that a CMMS that includes robust MRO parts management is clearly a must have.

As Webster of Dematic points out, increasingly companies want to capitalize on data about their operations. And in a good way, CMMS finds itself in an odd spot here. 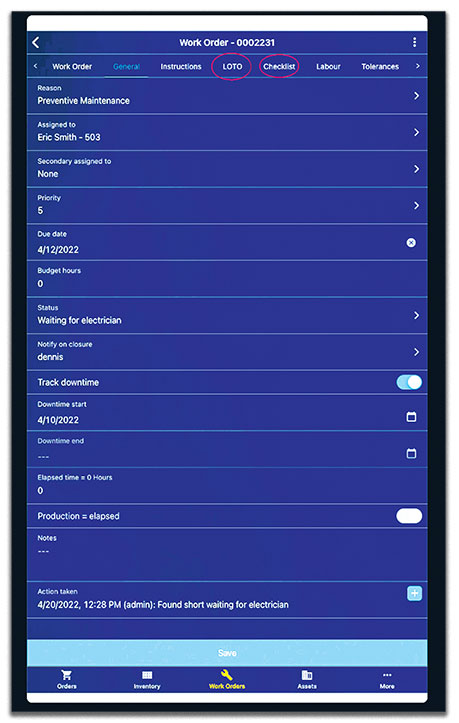 Each step on that ladder requires more data. But there’s only so much data available. Right now, that is. Legacy materials handling equipment can certainly be retrofitted with sensors to collect data for the CMMS. But that’s not happening across the board by any means. However, much of the latest equipment, especially automation, does include selected sensors.

That’s where CMMS finds itself. It could be said it’s somewhat data starved right now, but quite ready to manage the future availability of data. Actually, not a bad spot to be in after all.

In fact, Rockwell Automation is already working to capitalize on an increased flow of data from sensors, says Imani. In pilot now is what’s called an asset risk protector. The idea, he says, is to create a baseline health metric for an equipment asset by tracking vibration, heat and other conditions tracked by sensors. Ultimately, this predictor is likely to be an important component of predictive maintenance programs.

But as everyone knows, having data is only half the story. Data also has to be used. And in the case of CMMS, that has some hurdles to clear.

To begin, maintenance techs are always going to be partial to working on equipment. Who would want it any other way? They are much less interested in completing forms and searching databases. As Imani says, “techs are averse to technology that ties them down or ties them up.” It’s also a sure-fire way to ensure the CMMS is underutilized.

That brings us to two of the most recent high-profile enhancements of CMMS: mobility and dashboards. In both, the intent is to make only critical data available in a digestible form when and where it’s needed.

Dematic, Rockwell Automation and Tofino are all focusing on mobility. As Imani says, the concept is to make CMMS easier and more accessible to use at any location in the facility as well as more flexible for the tech.

The value of mobility here becomes quite clear when a repair part is needed, for instance. Without breaking stride or adding steps, the tech can find the part’s availability and order its delivery to a location in the facility. If a part is not available, the tech can create a requisition that is routed to an authorizing agent for acquisition. And when the part arrives, the tech is notified automatically of its availability.

Then there’s the matter of dashboards. Jones of Dematic says it’s all about accessing data more efficiently and providing a better context to improve decision making. Better yet, an advanced dashboard provides a more visual and easier to use context for people at a single location as well as several locations scattered around the globe. The latter is especially important as larger companies increasingly turn to CMMS to standardize their maintenance management capabilities.

Proper repair parts staging is one beneficiary of dashboards across companies. Not every location needs to stock a seldom needed, but essential $100,000 part. Instead, a few can be strategically located at key facilities for access by any other facility as needed. And everyone knows it. Suddenly, there’s a repair parts network in place, rather than many siloed, parts storage depots dedicated to individual facilities. Lower costs and reasonable availability prevail.

One more development is worth noting: the emergence of artificial intelligence (AI) and machine learning capabilities in CMMS, says Humphlett of Infor. These are definitely the early stages he makes clear. However, Humphlett sees a path for the two technologies to make more sense of CMMS data more rapidly, enhancing the software’s value to the merger of maintenance and operations. In other words, this is no time to underestimate the future importance of CMMS.